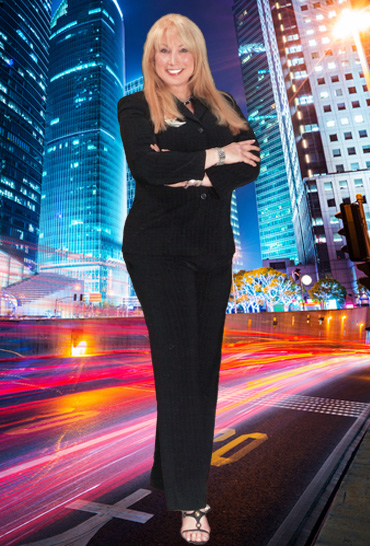 WHO IS DR. LILLIAN GLASS?

Dr. Lillian Glass (often referred to as “Queen of Communication”) is one of the world’s most well respected and foremost authorities in the field of Communication and the Psychology of Human Behavior. As a renowned Body Language expert she has demonstrated her skills in numerous fields- combining her unique background to educate the public in both an entertaining and compelling manner. She has done this around the world as a lecturer; sought after media personality, where she provides commentary about news makers to highly prominent media outlets worldwide; and as a best-selling author of 16 books. She has also applied her skills in the legal field where
she is an expert witness, jury and trial consultant.

Dr. Glass has now added Producer/Director to her repertoire with the award-winning documentary “Reinventing Rosalee” which has received 54 awards worldwide. She received awards for “Best Director” and “Best Female Director” in numerous film festivals worldwide. She currently has a documentary about an unsung civil rights hero who was responsible for desegregation in the schools called “Mrs. Takckett- The Fighter” and another documentary film entitled “De-Escalation” about the solution to excessive use of force. In addition, she has several other documentaries and feature films in various stages of development as the CEO of Your Total Image Productions.

Dr. Lillian Glass has authored 16 books including the original Best Seller TOXIC PEOPLE ®  where she coined and popularized the term “toxic people,” commonly used in today’s vernacular. Her book is published in almost every language throughout the world. She has also lectured worldwide on the topic.

Her books on the topic of Communication include the best seller Talk to Win, Say It Right, Confident Conversation, How to De Program Your Valley Girl, World of Words, Attracting Terrific People, and Complete Idiot’s Guide to Verbal Self Defense. Her books
concerning male/ female communication include He Says She Says, The Complete Idiot’s Guide to Understanding Men and Women, and Toxic Men. Her most recent books focus on the topic of Body Language and include “I Know What You’re Thinking, A Guide to Identifying Terrorists Through Body Language, co-written with former FBI Special Agent and member of Joint Terrorist Task Force, D. Vincent Sullivan, The Body Language Advantage, and The Body Language of Liars. Because of her interest in animal communication, she has written “50 Ways My Dog Made Me Into a Better Person.” She has several books on animal communication in development.

After receiving her Ph.D. at the young age of 24, in the area of Communication Disorders from  the University of Minnesota, her doctoral dissertation “The Psychosocial Perceptions of Speech and Cosmetic Appearance on Patients With Craniofacial Anomalies” became a landmark study. It was there, that she combined her minor studies in Clinical Genetics and Psychology with her major, Communication Disorders.

Dr. Lillian Glass received a National Institutes of Health (NIH) Research and Training Grant which allowed her to complete a Post-Doctoral Fellowship in Medical Genetics at UCLA School of Medicine, where she was both the youngest and only Ph.D. in an MD program. Her research focused in the areas of Psychology, Verbal and Non-Verbal Communication in patients with various genetic diseases. Much of her research has been published in over 50 professional journals worldwide, including the prestigious New England Journal of Medicine, where she discovered there were distinct voice patterns in patients with neurofibromatosis (Elephant Man’s disease). She also discovered a genetic syndrome involving deafness and a dental abnormality, now termed “The Glass-Gorlin Syndrome” (oligodontia and sensorineural deafness).

Dr. Glass then went on to become a university professor at The University of Southern California (USC). There, she taught in the Medical and Dental schools and in the Liberal Arts college. Finally, Dr. Glass attended Pepperdine School of Law’s prestigious Strauss Institute for Dispute Resolution where she was formally trained as a Mediator in Mediating the Litigated Case as well as receiving an additional specialty in Divorce and Family Mediation..

Dr. Lillian Glass began her private practice in Beverly Hills, California, initially treating people who had cranio-facial abnormalities and those with voice and speaking disorders. Subsequently, the focus of her practice changed into helping those in the entertainment and business world gain self- confidence through enhancing their verbal and non-verbal speaking skills, both on and off camera. Her “Media/On Camera Coaching” as well as her “Public Speaking Training” became a major part of her practice.

Because of her unique ability to do accents and dialects from around the globe, Dr. Glass also assisted some of Hollywood’s top performers who needed to learn an accent or dialect for a particular movie role. In addition, she helped numerous actors develop their film character’s voice, speech patterns, and body language for various film roles.

Some of her most celebrated clients have included Dustin Hoffman, whom she helped sound like a woman for Tootsie, Sean Connery, Melanie Griffith, Nicholas Cage, Ben Vereen, Forrest Whitaker, Mickey Rourke, Christopher Lambert, Andy Garcia, Dolph Lundgren, Keanu Reeves, Rob Lowe, Dolly Parton, Rene Russo, Edward James Olmos, Julio Iglesias, Will Smith, and a host of others too numerous to name. The highlight of her career was training deaf actress Marlee Matlin to speak publicly for the very first time at the Academy Awards Ceremonies. Dr. Glass has also worked with countless sports figures, politicians, and world leaders in enhancing their verbal and non-verbal communication skills.

To date, Dr. Glass has made her services available to the public online. Because of her notoriety through her TOXIC PEOPLE ® book and through her lectures on the topic, Dr. Glass became a coach where she helps people from all over the world who seek her advice via the internet and by phone, regarding their toxic relationship issues.

She also two other online services. One is where she helps the public (via Skype) develop more self- confidence by improving their public speaking, presentation, and communication skills.

Since Dr. Glass is constantly sent photos and videos of celebrities and newsmakers by the media and asked to analyze their body language and relationship status, Dr. Glass decided to make her skill set available for the general public. Through her online “Photo/Video Body Language Analysis,” the public has been invited to send in photos and videos with their loved ones and Dr. Glass analyzes them, giving them her insight into their relationships.

As a sought after compelling and exciting public speaker, Dr. Glass has spoken to numerous associations, organizations worldwide as well as to Fortune 500 Companies.

Dr. Glass’ direct and motivational approach in her lectures have helped her audience learn how to effectively deal with TOXIC PEOPLE ® in any part of their lives.

Her presentations on improving Communication Skills and Body Language has helped audiences achieve more self confidence. In fact, her expertise in the area of self-confidence is what propelled Dr. Lillian Glass to become a spokesperson for the Marshall’s Department Stores “Confidence Campaign.”

Her lectures on Detecting Deception have been invaluable to those in the business, sales, legal, and law enforcement professions, including the FBI and other law enforcement agencies throughout the world.  Business have often reported a dramatic sales increases after attending one of Dr. Glass’ lectures which deal with determining how their clients are telling them the truth and to look out for specific body language signs that can influence a sale. Dr. Lillian Glass also provides CLE courses for attorneys in the area of Deception and Body Language. She has also spoken  on this topic to law enforcement groups across the country, including the FBI.

Dr. Glass’ background has proven to be invaluable to attorneys in guiding them with both jury selection and in preparing their witnesses and clients who will be taking the stand. One of her most dramatic cases involved a plaintiff whom a jury initially found unlikable and was awarded no compensation, but after working with Dr. Lillian Glass, he became very likable to a jury and was awarded a $33 million dollar verdict. Dr. Lillian Glass has also been a member of the American Society of Trial Consultants.

Dr. Glass has served as an expert witness in both Federal and State Court cases and is qualified in the area of Vocal Forensics and Behavioral Analysis. She has used her expertise as a Body Language expert to help both the prosecution and the defense in various types of criminal and civil cases. She has worked on cases involving, drugs, sexual harassment, child molestation, child, custody, workplace violence, and in murder cases.

As a member of the American Society of Composers, and Authors and Publishers (ASCAP), Dr. Glass is a bona fide singer/ songwriter with many of her songs appearing in films. She has served on the Board of Governors of the National Association of Recording Arts and Sciences (NARAS) (Grammy Organization), and belonged to the Songwriters Guild of America (SGA).

Early in her media career, Dr. Lillian Glass was a reporter for the Los Angeles ABC Affiliate- KABC Eyewitness News where she covered issues related to psychology and human behavior. She also co-hosted such television shows as Alive and Well, AM San Francisco, Health-wise, and was a guest host on AM Detroit (Kelly and Company).

Dr. Glass has also appeared on radio shows throughout the world and has often appeared on Ryan Seacrest Radio Show. She has also served as a guest host on several radio shows for the ABC radio network and hosted her own radio show on KPSL in Palm Springs, California.

Her comments have also been frequently seen throughout electronic media outlets including Radar online, TMZ, and Hollywood Life, Perez Hilton, Yahoo, Buzzfeed and The Huffington Post and The Business Insider.